Fabry disease is a rare, genetic condition which is estimated to affect around 1 in 100,000 people.
In Fabry, an enzyme called α-galactosidase A (α-Gal A) is missing or there is a reduced amount. This means that the body cannot break down a certain type of fat called globotriaosylceramide (GL-3). GL-3 continues to build-up in body cells causing damage to tissues and organs.
Gradually, this leads to a range of physical symptoms and complications, which vary from one person to another.
Disease progression may be influenced by the sex of the individual (male or female) and how the disease presents, called its phenotype, which is classified as either non-classical (mild form) or classical (severe form).

Day to day symptoms in Fabry are known to vary from one person to another.

Approximately 52–66% of Fabry patients report GI symptoms.
GI symptoms in Fabry vary from one person to another but often include:

Physical symptoms vary over time and do not always respond to symptomatic treatment which can, in turn, lead to psychological problems, such as depression and anxiety. 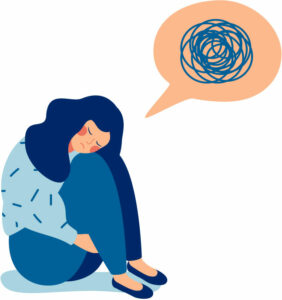 A father with Fabry passes his X mutation to all of his daughters. His son’s do not inherit Fabry because they inherit his Y chromosome 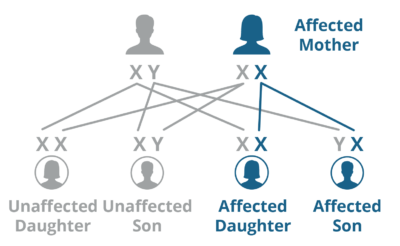 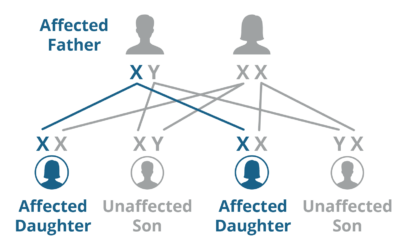 Prenatal diagnosis is possible by measuring the a-Gal A activity in tissue or fluid taken from around the foetus. This test may be offered to expectant mothers who have Fabry disease. Specialist support and advice are available for such testing. An examination of your family history may indicate the presence of Fabry disease, particularly if a male relative suffered from kidney failure, heart disease or stroke early in life. To help identify whether there is the possibility of you or any of your relatives having Fabry disease, you can complete a medical family tree.

There is no cure for Fabry disease but current treatments may prevent organ damage and greatly improve the quality of life of patients.

Chaperones are small molecules that assist enzymes in becoming functional by helping them take the correct shape and stay stable. Chaperone therapy is only suitable for people with amenable mutations of the α-GaL A enzyme. Treatment has shown meaningful reduction in diarrhoea in patients with Fabry disease and amenable mutations.

For people with Fabry, ERT is a long-term therapy whereby the missing or deficient enzyme is given via an intravenous infusion. Recent studies looking at improvements of GI symptoms for patients on ERT have shown a reduction in abdominal pain and diarrhoea in females 15 and a reduction in abdominal pain or diarrhoea from weekly occurrences to only occasionally in males who had been on ERT for 6–7 months.

Gene therapy is a way of altering the genetic instructions inside the body’s cells to treat or stop disease. Often, gene therapy works by introducing a correct copy of a defective gene into the patient’s cells, without removing or modifying the defective gene. To get the correct copy into the cells, a new healthy gene is created in a laboratory. The new, healthy gene is placed in a modified (harmless) version of a virus, called a “vector,” to carry the altered genes into the targeted cells. Once in the cell’s nucleus, the new or fixed gene “turns on” to instruct the protein to function properly – by producing a normal protein. The new working gene instructs cells to make the α-Gal A enzyme and release it via the bloodstream for delivery to other organs. Gene therapies are specifically designed to stay in the body for a long time, providing a long-term treatment or cure for a disease instead of simply treating the symptoms.

Multiple gene therapy approaches are being studied as one-time treatments that provide stable, continuous production of α-Gal A to slow or stop the progression of Fabry disease.

Living with difficult physical symptoms is only one of the challenges people with Fabry disease may face. Fabry disease is a rare disease and you may experience feelings of fear, depression, isolation or guilt about passing the disease along. Family members may be affected as well.

Remember that you are not alone.

We give support to newly diagnosed Fabry patients as well as those with a long history of living with the disease. You may find it helpful to talk with someone else from the Fabry International Network – someone in a similar situation with similar concerns and fears.

Please do not hesitate to reach out to us!

What is Fabry disease?

Fabry disease is an X-linked genetic disease that is caused by mutations in the GLA gene. The GLA gene generates instructions for an enzyme called alpha-galactosidase A (Alpha-GAL), which is responsible for the breakdown of a type of fat called globotriaosylceramide (Gb3 or GL-3).

Accumulation of Gb3 in the body can cause a wide range of problems, including stroke, kidney disease, and heart attack. (Refer to our “What is Fabry disease?” overview page for more details.)

What is the prevalence of Fabry disease?

Are there multiple types of Fabry disease?

How is Fabry disease inherited

Fabry disease has previously been classified as an X-linked, recessive genetic disorder; however, females who carry the Fabry gene may show signs and symptoms of Fabry disease.

Fabry disease is therefore now described as ‘following X-linked inheritance’ and the use of the term ‘carrier’ for females with the Fabry gene may no longer be appropriate.

Because Fabry is an X-linked disease, it mainly affects men because they have only one X-chromosome. In females, the second, healthy X-chromosome can compensate for the mutated gene. That means women can carry the disease and pass it to their children. Due to the way Fabry disease is inherited, symptoms vary more in women than they do in men. Most men with Fabry disease will experience the full range of symptoms. Symptoms in women can be highly variable, even within the same family. Women with the disease may experience symptoms as severely as men, they may have milder symptoms, or they may have severe symptoms in some organs but not others.

Why is early diagnosis important

Early diagnosis of Fabry disease is essential so that specific Fabry disease treatment and symptomatic management can be initiated to try to limit potentially irreversible organ damage.

Prompt Fabry disease diagnosis may also benefit relatives of the patient in whom the disease is yet to be diagnosed.

How do I know if I have Fabry disease?

My patient has just received his diagnosis and his family are looking for further information on Fabry disease are wondering best to communicate the diagnosis to relative. How do I inform him or her the best?

No. Fabry disease is a genetic disease and cannot be acquired from physical contact with an affected individual.

Do people with Fabry disease have reduced life expectancy?

What kind of treatments are available for Fabry patients?

There is no known cure for Fabry disease, but many of its symptoms can be managed effectively. Available treatments include enzyme replacement. Enzyme replacement therapy is available for all patients. Chaperone therapy is available for patients with a so-called “amenable” α-galactosidase A gene mutation (the specific mutation carried by your patient must be confirmed via genetic testing to ensure that they are eligible for treatment).  Symptoms can be present in organs such as the kidney, heart, and ears. Patients may also have psychosocial issues resulting from diagnosis and disease. Thus, a multidisciplinary approach to Fabry disease treatment is required, and patients will require ongoing symptomatic treatment even after enzyme replacement therapy has been initiated.

Lifestyle and dietary changes also may be needed to further improve quality of life.

Where can I find out more about treatments and research?

FIN regularly publishes articles that cover a range of relevant news, information, and treatment options for patients and caregivers of those with Fabry disease, including ongoing research and upcoming treatments in development.

Could not find the answer to your questions here or do you have a specific question that is not listed here? Please do not hesitate to reach out to us!
Do you feel this page is missing important information? Let us know!
Page load link
This website uses cookies and third party services. Ok
Go to Top