The African Summit on Rare Diseases

The African Summit on Rare Diseases

I was honoured to attend the first African summit on rare diseases that was held as a hybrid event both online and in Accra, Ghana in early December. The aim of the first summit was to promote learning and exchange on the state of rare diseases in Africa. It brought together key stakeholders to discuss challenges and innovations shaping the rare disease landscape in Africa from a national, regional, and global lens. There were three distinct themes on the agenda: 1. national policies and care coordination, 2. regional advocacy and collaboration and 3. global rare disease initiatives.

Many challenges and issues that rare disease patients face are truly global such as misdiagnosis or delayed diagnosis, lack of awareness and difficult access to appropriate treatment and care. In Africa these issues are aggravated by a limited diagnostic infrastructure and expert centers as well as the absence of national and regional frameworks. There was a lot of discussion about cultural beliefs and stigma, social exclusion and discrimination that families living with a rare disease face. One also cannot overlook the multitude of competing health priorities in different African countries ranging from famine to contagious diseases such as malaria or HIV.

There remains a lot to be done in the field of rare diseases on the African continent. The countries and national rare disease organisations and initiatives are striving to move things along at the national level and several very promising programs were introduced at the summit. There was discussion about an African alliance for rare diseases as well as forming much needed regulatory authorities for rare diseases. All in all, things might be in their early stages, but make no mistake: Africa is on the right track. 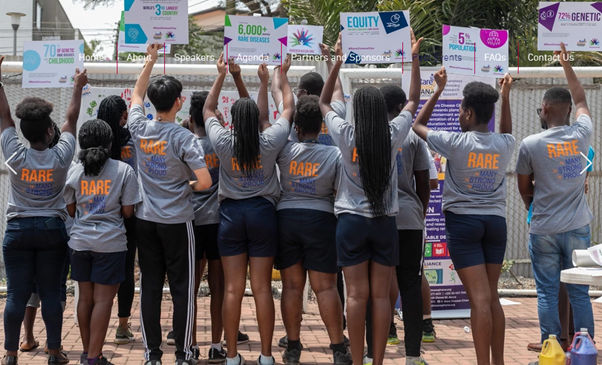