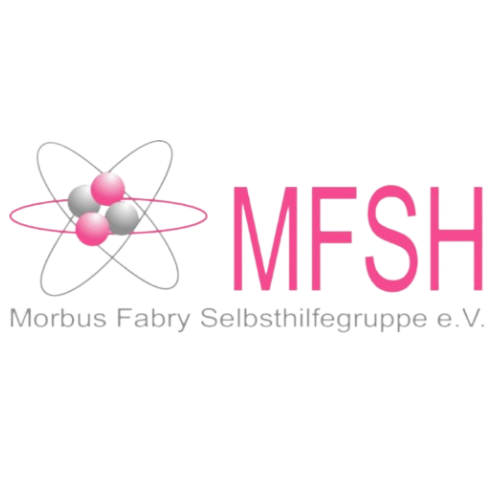 Interview with Berthold Wilden  from Morbus Fabry Selbsthilfegruppe in Germany 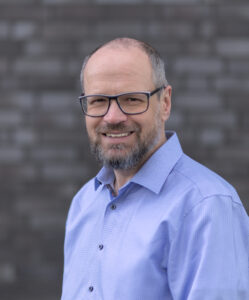 When did you join your national patient association?

I joined our association in 2014 after being diagnosed with Fabry Disease in 2013. I then became Vice-President in 2016 and President of our group last year.

What was the reason for joining?

I wanted to be connected to other Fabry patients and support the work of self-help. In addition, I always wanted to be informed.

What are the vision and mission of your association?

We have set ourselves the goal of improving the medical-social care of Fabry patients and their relatives. In addition to advising patients by phone or email, our work focuses in particular on organizing patient meetings to exchange experiences and on communicating information about Fabry disease through our quarterly newsletter.

What do you consider to be the major achievements or activities that you are proud of?

In the past, i.e. before I became a member, our group was involved in enabling patients to receive their infusions in home therapy.

Recently, we have succeeded in refocusing the group’s work and steadily attracting new members. While we were always a little over 100 members over the years, we are now 150. Since summer 2020, we have been publishing our newsletter, which appears once a quarter. For this we get positive feedback from patients as well as from the German Fabry centers.

Can you name some challenges that your association is currently facing?

Next year we would like to hold a multi-day conference for Fabry patients and their families. Planning for this is a particular challenge, as the current board members have not done something like this on this scale before. In addition to funding, it is also setting up an interesting program that adds value for the patients.

Furthermore, for some time now we have been dealing with various Fabry mutations that are the subject of controversial discussions among experts, such as the D313Y mutation. We have taken a clear position on this and will continue to represent the interests of patients in this matter in the future.

Can you name some future goals or plans?

We have many plans for the future; unfortunately, more than we can handle at the moment. For example, there is our website. The current one went online around 18 months ago. Since then, however, we have noticed a few things that could be designed differently. Nowadays the available technology changes so fast that you have to work on your website regularly. But for this we need members who want to actively participate in the work of the group.

Has your association had issues with the national health system or insurance problems?

In Germany, health insurers are obliged to provide financial support to patient associations. However, only groups that are independent of the pharmaceutical industry are supported. Since we have always cooperated very well with the pharmaceutical companies and they have always supported our work, this independence has been called into question. We have now started to base our funding more on other sources. The mere fact that more and more patients are becoming members of our group has already made a difference in this respect.

How would you describe the current treatment situation in your country?

The vast majority of adult patients have access to Fabry therapy. However, for patients who have a controversial mutation the situation is more challenging. Furthermore, when it comes to children and adolescents, some physicians are more reluctant to prescribe one of the three treatments currently approved in Germany.

What are the major issues with Fabry disease in your country?

Besides the one I already mentioned it is the reimbursement of medical treatment. In Germany, doctors and hospitals are reimbursed for treatments and examinations according to a per-case flat-rate system. However, most Fabry patients require more examinations and treatments than the average patient. Although the expensive Fabry drugs are excluded from this system, this situation is not satisfactory.

How would you further raise global awareness for Fabry disease?

In the past we have always had booths at all kinds of events. For the last 18 months, this has hardly been possible because of the global pandemic. As soon as life gets a little more normal again, we will also attend events again and inform people, especially doctors and other health professionals, about Fabry disease.

What are your suggestions for future projects for FIN?

I find the idea of a Fabry registry under the sponsorship of the patient groups very promising and was very pleased to learn at this year’s General Assembly that FIN has taken this on. We have also had this idea before and I think we will work closely with FIN and the member organizations on this issue in the future.

What would you like to explain to other people / doctors / nurses /decision makers about Fabry disease?

There must be a general awareness of people who are not able to perform as much as healthy people. Above all, it must also be clear to the normal population but also health care providers that if, for example, someone says from time to time that they cannot work as much today, this person is not simply lazy, but that there is also more behind it; even if no doctor has found anything, yet.

What kind of information are we still missing about Fabry disease?

I think much of triggers symptoms in cells is not yet known in detail. This becomes especially clear when you look at mutations like D313Y. We also lack a really good biomarker.

What is your most effective means of taking your mind of Fabry disease?

I go for a walk as much as possible. I also used to go hiking, but now I can’t walk as far or as fast as I used to. I also like to meet with relatives and friends.

Is there anything else you would like to add?

I am already looking forward to exchanging ideas with members of other patient associations at a real FIN meeting. Since I have been a dialysis patient for some time, this will certainly be difficult for me, but I will try everything to be there at the next meeting.

Berthold hands the pen to Yifan Xu from Fabry China